What are Variable Fields?

The ABC's of Variable Fields

Variable fields are a great way to customize your communication in A-Suite.

In areas where you are able to customize communication, such as in forms builders, and the EZApp landing page, you will see variable fields as options.

In the drop down in Variable Fields, you may see a menu like the one pictured below: 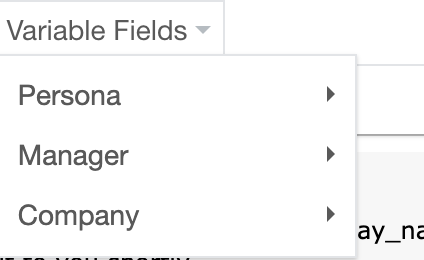 Persona, Manager, and Company are all options in the menu with further drop down options to explore.

In Persona, the following options are visible to select: 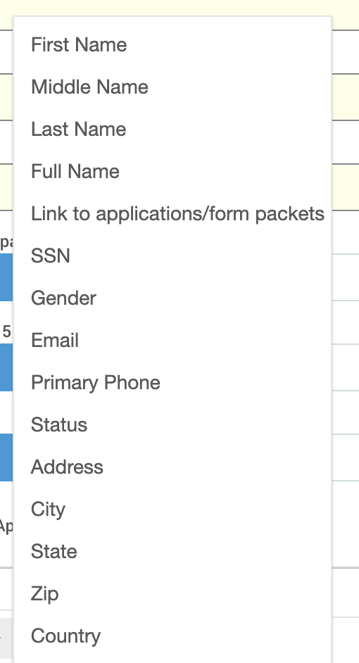 For example if you were to select "First Name" to place into the body of your communication, you would see . This indicates that whomever is receiving the communication will have his or her first name appear where those brackets appear. This is a time saver in mass communication, as it enables you to customize messages without having to type the same data repeatedly.

Using the following variable fields in "Persona" would populate the candidate or team member's data as seen below:

With the selection of "Company" the following drop down would appear, in similar fashion to the variable fields in "Persona," but this time the details of your company would populate. 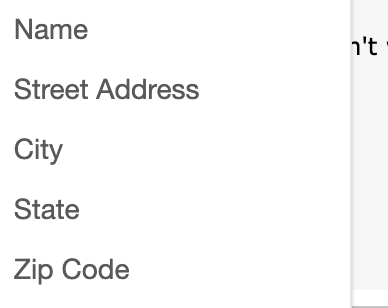 Lastly, with "Manager," the options listed below appear. The candidate or team member's listed manager in the system would have his or her details appear within these variable fields.